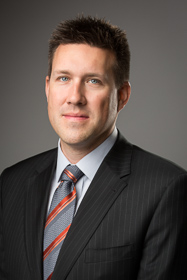 Sean M. Grayson is a partner at Roy O’Connor LLP. He practices all aspects of corporate/commercial, civil and class actions litigation. He has considerable experience advising clients in large and complex litigation matters.

Sean has been  named a Litigation Star for the last several years by Benchmark Canada.

Some of the recent and ongoing matters he is currently involved in include: